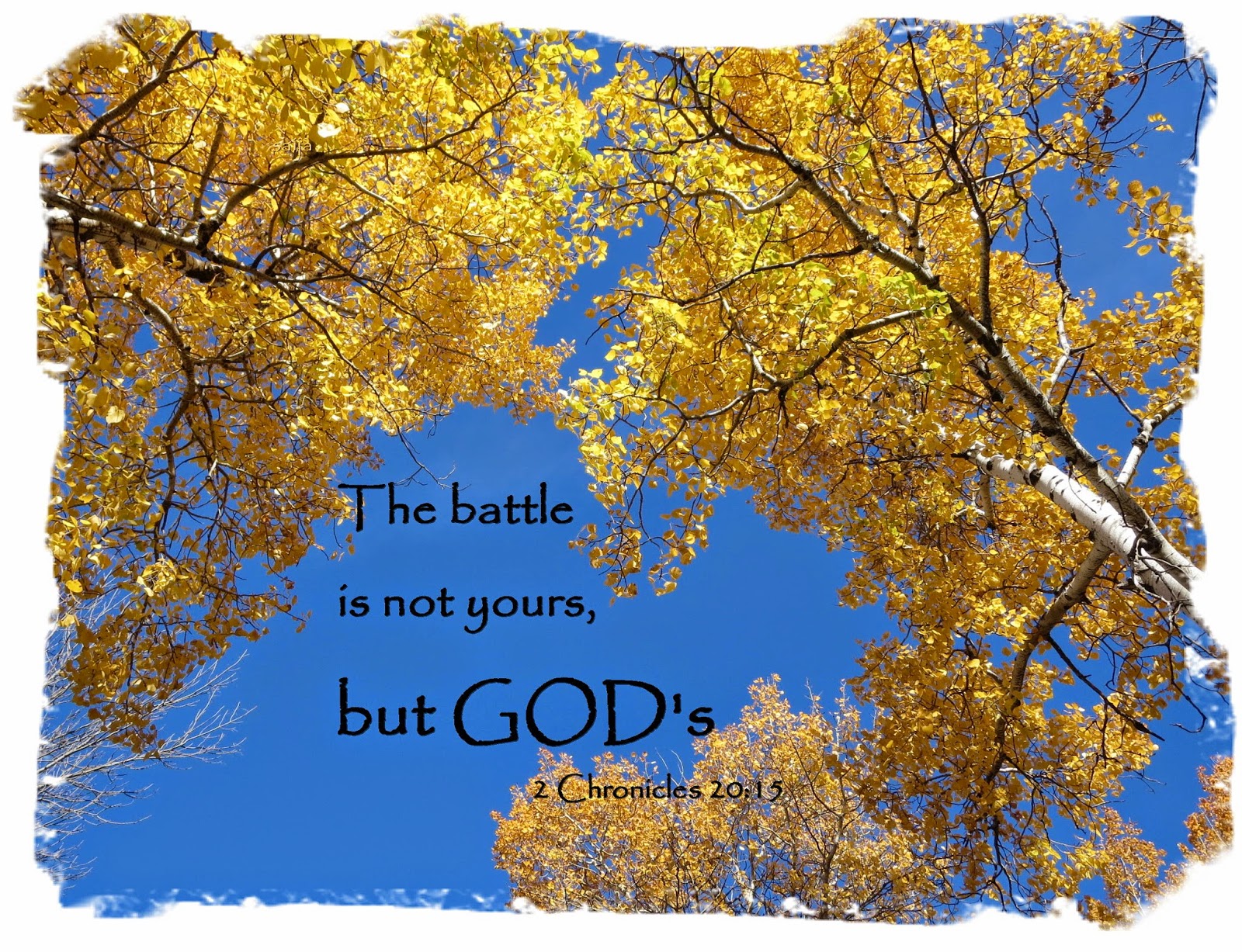 as I was praying this morning, then reading the Word ... this verse caught my heart - we DO pray and we DO believe - but what a RELIEF (to me anyways!!!) to know that the battle is ultimately our Heavenly Fathers ... and we know that HE has the might and power to DO all things ... so we pray in confidence, knowing that the BATTLE truly is the LORD's!
Posted by Saija at 9:55 AM 2 comments:

The Christian life is not a playground ... from my morning devotions ... "The One Year walk with God devotional"
~ chris tiegreen


The Christian life is not a playground; it is a battleground.
~ Warren Wiersbe

IN WORD  Satan rules a rogue nation in one small corner of God’s cosmos.  But to us, it’s not a faraway corner; we were born in it.  It is exceedingly relevant to our lives.  It affects us every day, constraining our choices and influencing our personalities.  We were born as its citizens, destined to die when it is overthrown.  But we have found a way of escape:  We can fall as refugees into the safe asylum of Jesus.  His Kingdom will grant us protection.

Paul tells Timothy that everyone – no exceptions – who wants to live a godly life will face persecution.  This is one of God’s promises we rarely claim by faith, but it is certain anyway.  It’s a solid guarantee:  We will be  harassed within our born-again hearts and harassed on the outside by a campaign of misinformation and even physical threats.  Temptations aim to dissuade us from our holy calling, and people try to convince us that we need to conform to their wishes and their corrupt world.  The battle wasn’t over the day we placed our faith in Jesus.  It had only just begun.
Evil doesn’t die without a fight, and sometimes the fight can be really nasty.  Satan’s tactics aren’t fair; lawlessness is one of his core attributes.  We might as well get used to his attempts to hit us below the belt.  We cannot turn a blind eye to his tactics.  The only sure way to resist them is to be aware of them.  Our awareness will turn us to the refuge of Jesus at exactly the right times.

IN DEED  Do you wonder why you struggle?  Are you disheartened because you thought the Christian life was easier than this?  Avoid such illusions.  You’re in a war.  Maybe you didn’t realize that when you joined the Kingdom, but you will have to realize it now.
The good news is that the only harm that can come to you in this battle is temporary, and the only victory Satan can win is psychological.  Real victory, lasting victory, is certain.  It is our inheritance.  Do not be disheartened.  Stand firm.  The day of triumph is coming.

Everyone who wants to live a godly life in Christ Jesus will be persecuted. 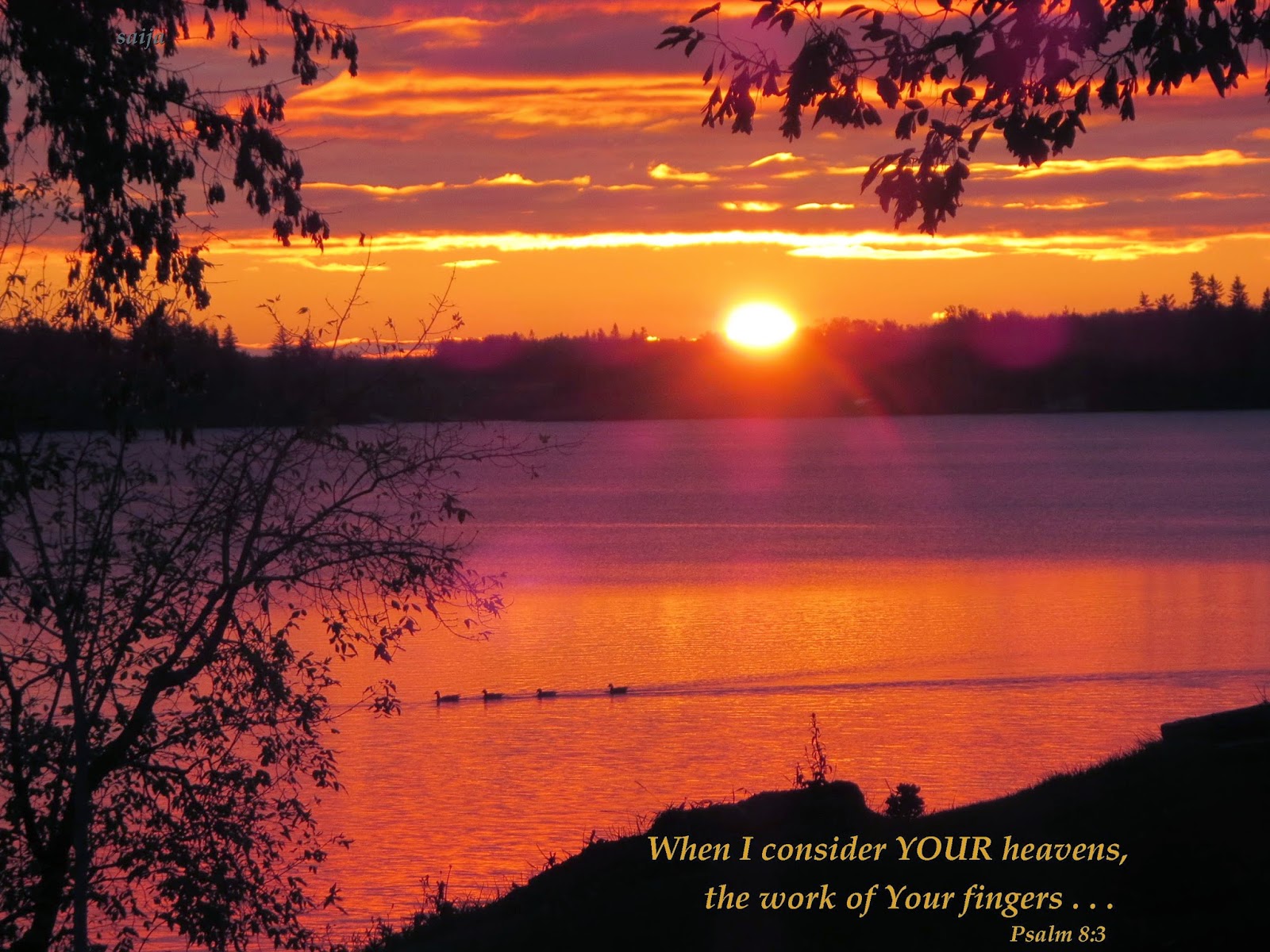 this blog really was a life line for me when i first started it up, with much fear and trepidation!  i didn't know what to expect, just wanted to reach out from my little corner of the world ... i needed some positive diversion back in 2004, with another dreaded winter fast approaching ... and i got way more than i expected ... what i received was encouragement and friendship ... folks who prayed for me and cheered me on ... a total blessing!

the body of Christ in blogland - how awesome!  at times, a glimpse of heaven ...

these days my posts are slow in coming ... yet i still want to blog ... still want to put something positive into cyberspace (as one blog buddy encouraged me to do!) ...

so thank you blog friends (many are facebook friends now) ... may  we lift up the name JESUS in any way we can, in any place we can, with any tools we can ... blessings on ya ...
Posted by Saija at 2:43 PM 3 comments:

whose will do we want? 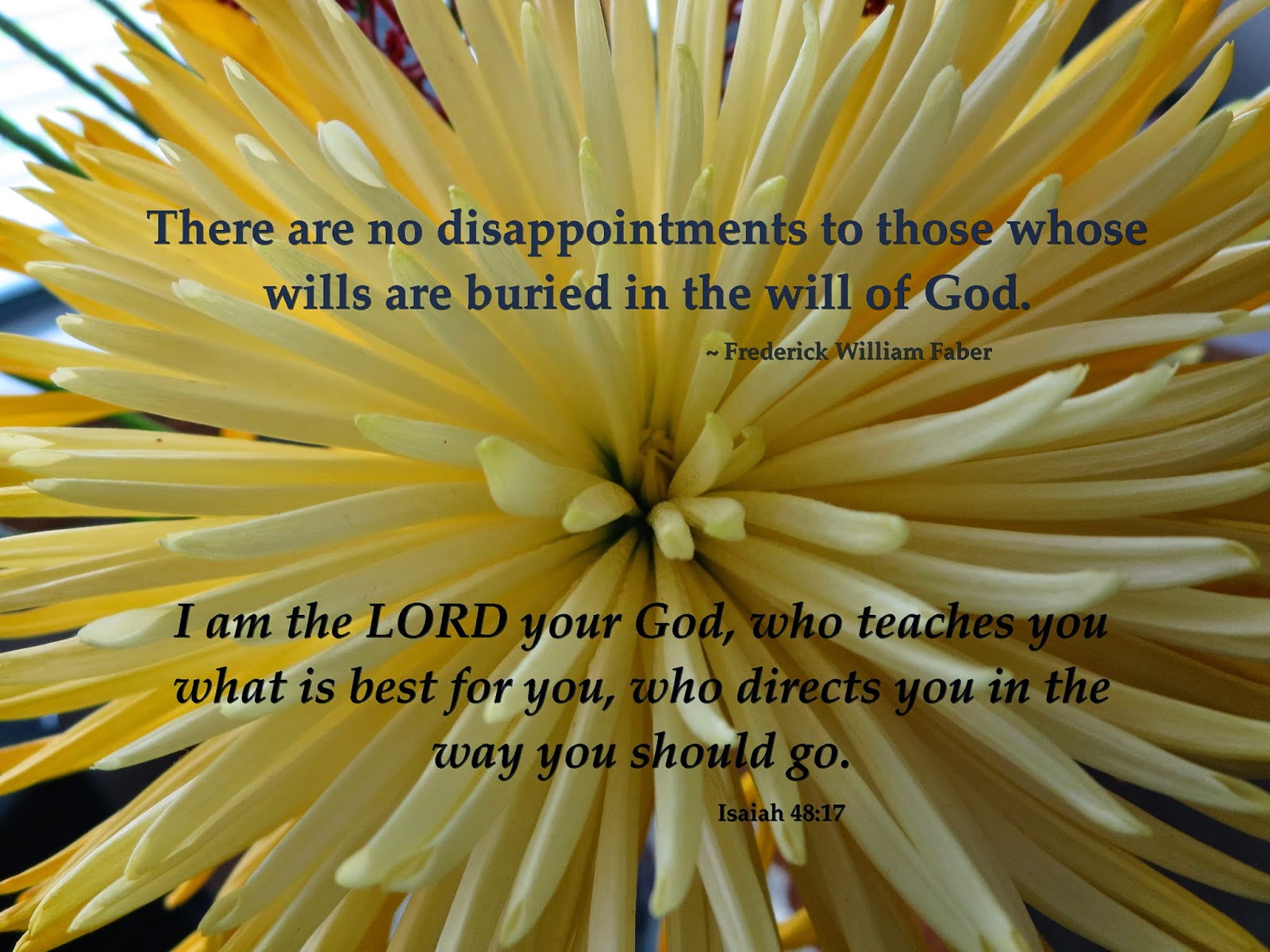 A.W. Tozer said that God's plan will continue on God's schedule ... so - to save ourselves heartache and worry ... to keep joy and peace ever present ... we may as well just trust in the One who saved us and made us for Himself ... He is the Father, who really does know best!
Posted by Saija at 3:52 PM 1 comment:

Saija
redeemed child of God; wife, sister, but not a mom; avid reader, digi picture taker; married 47 years to leo, who has had arachnoiditis for 3 decades (2 failed back surgeries - chronic pain); a seeker of truth; a lover of quiet solitude; comfortable in my own skin.